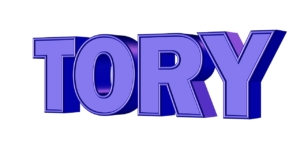 Well, one happy individual today is Jeremy Hunt, who remains Health Secretary in the new government, a role he has told the media, on many occasions, that he loves. And, as one of the most important arguing points of the electioneering parties over the last few intense weeks was the NHS and how healthcare would be ‘better’ under their leadership, it’s appropriate for us to focus on this also. The Conservatives did promise us £8bn more funding for our health service, so that’s a good thing, isn’t it? The only problem is that some would say that seeing as they did not tell us exactly where this money was going to come from we may have to wait a bit until the prediction of a booming economy provides them with the tax revenue to meet this promise.

There were some more specific promises such as same-day GP appointments for those over 75, and seven-day access – which I’m sure every general practitioner in the country will be pleased as punch about – by 2020.

As with all manifesto promises, the rock solid, ironclad guarantee of election night rhetoric often sounds good, but there are some practical issues to consider in their execution. Where will all the extra doctors come from, are all-week-long open surgeries practical and sustainable, and if these promises come to fruition, is it really enough for the elderly of Britain or should more be done about elderly care?

One of the often ignored, though incredibly important, subjects is what happens to elderly patients once they have been seen, and once they are on the road to recovery. All too many are stuck in hospital beds or taking up their GP’s time when more efficient aftercare could and should be made available. A more effective after-care system would mean freeing up beds and doctors’ time so they can meet waiting time standards – which they missed again this week for the umpteenth time – and public expectations. The task to achieve this is immense, but there is another way. ANA Nursing offers home care and nursing for anyone who needs a little help in their home – including the elderly and those recovering from surgery or time in hospital. If you’d like to find out more about our services and how they could help you or someone you love, take a look around our website, request a brochure or simply call us on 020 8905 7701.