NHS to review study that concludes paracetamol ineffective on back pain 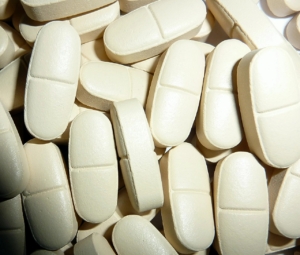 If you are one of the estimated 26 million people a year hit by disabling back pain and osteoarthritis you may wish to read the findings of an Australian team of researchers, at the University of Sydney, who have questioned the effectiveness of the NHS’s go-to solution – paracetamol.

As spinal and joint pain will affect approximately 2 in 5 people – impacting on their freedom of movement, sleep patterns and general quality of life – it is of paramount importance for current thinking that this is brought into question and therefore be addressed. If solutions recommended by the NHS are falling short, complacency must be replaced by serious analysis into those that may work more effectively. Essentially, if it’s broke fix it and fix it quickly!

The researchers’ assessment of 13 separate clinical trials, consisting of more than 5,000 patients, concluded that not only did paracetamol not significantly relieve their pains, or improve their quality of life, but it also had the potential to increase their chances of developing liver problems. Research into lower back pain showed no evidence that paracetamol worked in any significant way, and the research conducted into its effectiveness on osteoarthritis showed that, though mildly effective for some people, the improvement was so small as to be ‘not clinically important’.

As the NHS, and the body that determines their best practice – The National Institute for Health and Care Excellence (NICE) – have, until now, prescribed paracetamol for back and osteoarthritis issues there may well be millions of people out there who have sought relief only to be failed by the system.

Thankfully the NHS has agreed to review the study’s findings to determine whether they should change their position on paracetamol.

Until then it may be worth considering alternatives that do not involve drugs. While not to everyone’s preference, exercise has been proven to be effective for those suffering from spinal and joint pain. Don’t go running marathons or scaling mountains (without stretching first), but regular mild exercise, at your own pace and within your ability, is certainly a good start.