Dementia – through good times and bad, we’re there for you

Home » Blog » News » Dementia – through good times and bad, we’re there for you

can be concerning, not only for the sufferers but also for all those involved in their lives. It has the capacity to knock the confidence of an otherwise healthy individual, and raise many questions about what the future may hold.

Because there is currently no cure for dementia, and the condition is progressive, symptoms can worsen gradually over time.

Friends and family members often worry about the impact the disease will have on their loved one, but there is some good news for dementia sufferers. Living standards and quality of life for those with dementia are improving all the time. Early diagnosis can mean that individuals and their families are now better equipped than ever before to deal with the symptoms, and prepare for the future. And, help is at hand where and when it’s needed from both the state and private professionals like ANA Nursing.

Understanding the scale of dementia

Dementia is a condition that affects approximately 850,000 people in the UK, and according to the Alzheimer’s Society, this figure is predicted to increase to around two million over the next 35 years. If you are diagnosed with dementia you are not alone, as around 225,000 people develop the condition every year. Because it is a progressive condition it will be no surprise that the number of people with dementia rises with age, with four times more sufferers at 80 to 84 years old than in the entire age range to 65. And, with an ageing population and life expectancy on the rise, it is likely that the number of people living with dementia is only set to rise unless a cure is found.

Dementia affects the brain’s ability to think, reason and remember, causing memory loss, difficulty focusing, and confusion as well as a number of other symptoms. By the time a person begins to show tell-tale signs of the disease, the brain will have already been affected by it for some time.

The causes of dementia are varied, from problems with the supply of blood to the brain (causing Vascular Dementia) to conditions such as Parkinson’s disease or corticobasal degeneration. But the leading cause is Alzheimer’s disease.

If you’re unsure whether the symptoms you or a loved one are presenting could be signs of the condition, a dementia assessment from your doctor should give you the answers you seek. The doctor will perform a physical examination, ask some questions, and go through some mental exercises to assess their patient. 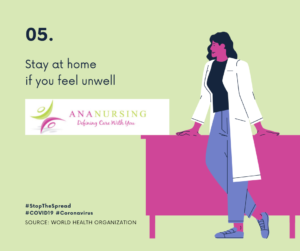 Dementia is an overall term for diseases and conditions characterized by a decline in memory, language, problem-solving and other thinking skills that affect a person’s ability to perform everyday activities. Memory loss is an example. Alzheimer’s is the most common cause of dementia.

How to spot the onset of dementia

Dementia is usually noticed in its early stages, when the individual can still take care of themselves, but is beginning to become increasingly forgetful. Friends or family members may notice if they forget to take their medication, or they don’t remember to call, for example.

Dementia is an overall term for diseases and conditions characterized by a decline in memory, language, problem-solving and other thinking skills that affect a person’s ability to perform everyday activities. Memory loss is an example. Alzheimer’s is the most common cause of dementia.

The Clinical Dementia Rating scale is a numeric dementia rating scale used to establish the severity of a person’s dementia symptoms.

Mild stages of dementia (0.1 – 1) are manageable with minimal care. While a person with the condition might have difficulty with more complicated tasks, they can still cope with living independently.

People with middle or moderate stages (2) will require more assistance or care. They usually can’t function well outside their own home, and should not be left alone for their own safety. They may struggle while solving problems, and social judgement often becomes impaired.

Those with severe dementia (3) will likely require 24-hour supervision to ensure their own safety, and that their basic living needs are met. Late stage dementia and incontinence often come hand in hand, as the condition means that the individual may fail to realize that they need to use the bathroom.

While forgetfulness and confusion are the most widely known symptoms of dementia, the condition may also result in a number of psychological symptoms. These could include:

When people with dementia are faced with situations beyond their capability, this can cause significant psychological issues. Anger and depression are common in dementia patients because of a recognition of loss of control and a worsening condition.

Until relatively recently, dementia was not well understood. Forgetfulness and confusion in the elderly was often discounted as old age and senility, and this lack of understanding meant that those with the condition were sometimes not treated with the dignity and care they deserved. Thanks to breakthroughs in our understanding of the brain, dementia is today more widely understood, and those with the condition have access to the care and assistance they require.

However, medical knowledge of the condition does not mean that dementia is easy for many people to deal with. Two thirds of those living with dementia experience loneliness, and half reported having lost friends following their diagnosis.

In order to improve the quality of life for people with dementia, it is necessary to raise awareness and understanding of the disease, to challenge misconceptions and reduce people’s fear of the condition. A recent campaign by Alzheimer’s Society called for individuals to become Dementia Friends to defeat the stigma, with over 1.3 million people across the UK signing up. 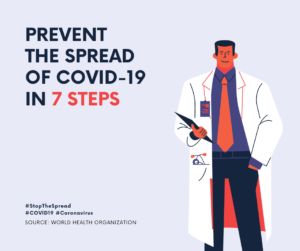 Caring for those with dementia

As there are varying stages and severities of dementia, some with the condition may be able to maintain their independence, while others will require around the clock care. Whatever their needs, ANA Nursing can provide professional, compassionate care at home.

Our carers understand that everyone’s dementia care needs are different, and tailor their support to suit the individual. From helping with the chores, to personal care and companionship, our nurses and carers can be there for you or your loved one to make dementia more manageable, and the lives of those with the conditions richer.